Get a summary of news items delivered to your Inbox (nearly) every week—
subscribe to NEOC Update. 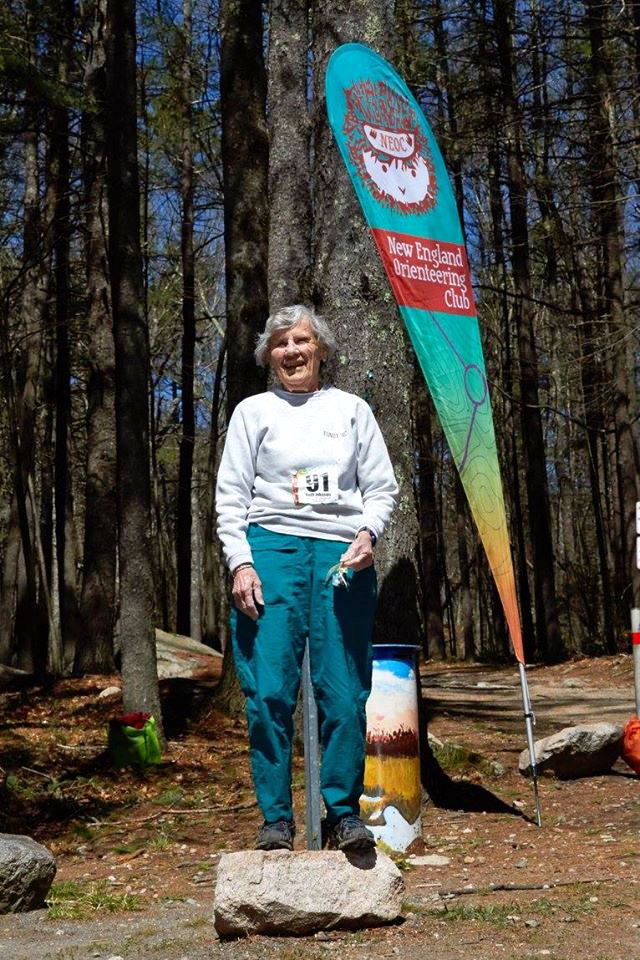 Her neighbor in Falmouth, Maine, Tony Federer (himself a NEOC veteran) reports that "She joined NEOC in the 1970s. From 1977 through 2013 she won an astounding 23 U.S. National Classic Championships, always in the oldest class at the time, starting with F43+ and ending with F80+!"

Ruth appears in NEOC results going back to the first "online" posting: Menotomy Rocks, March 26, 2000. If you have copies of the pre-web NEOC Times, you will no doubt find her in prior meet results.

A thread of remembrances is on Attackpoint.

From Judy Karpinski and Jeff Saeger —

We have such wonderful memories of orienteering with Ruth in the woods. As others have said, she was quiet, but thoughtful and always willing to help out. Her spirit and love for orienteering was obvious and we will miss her. 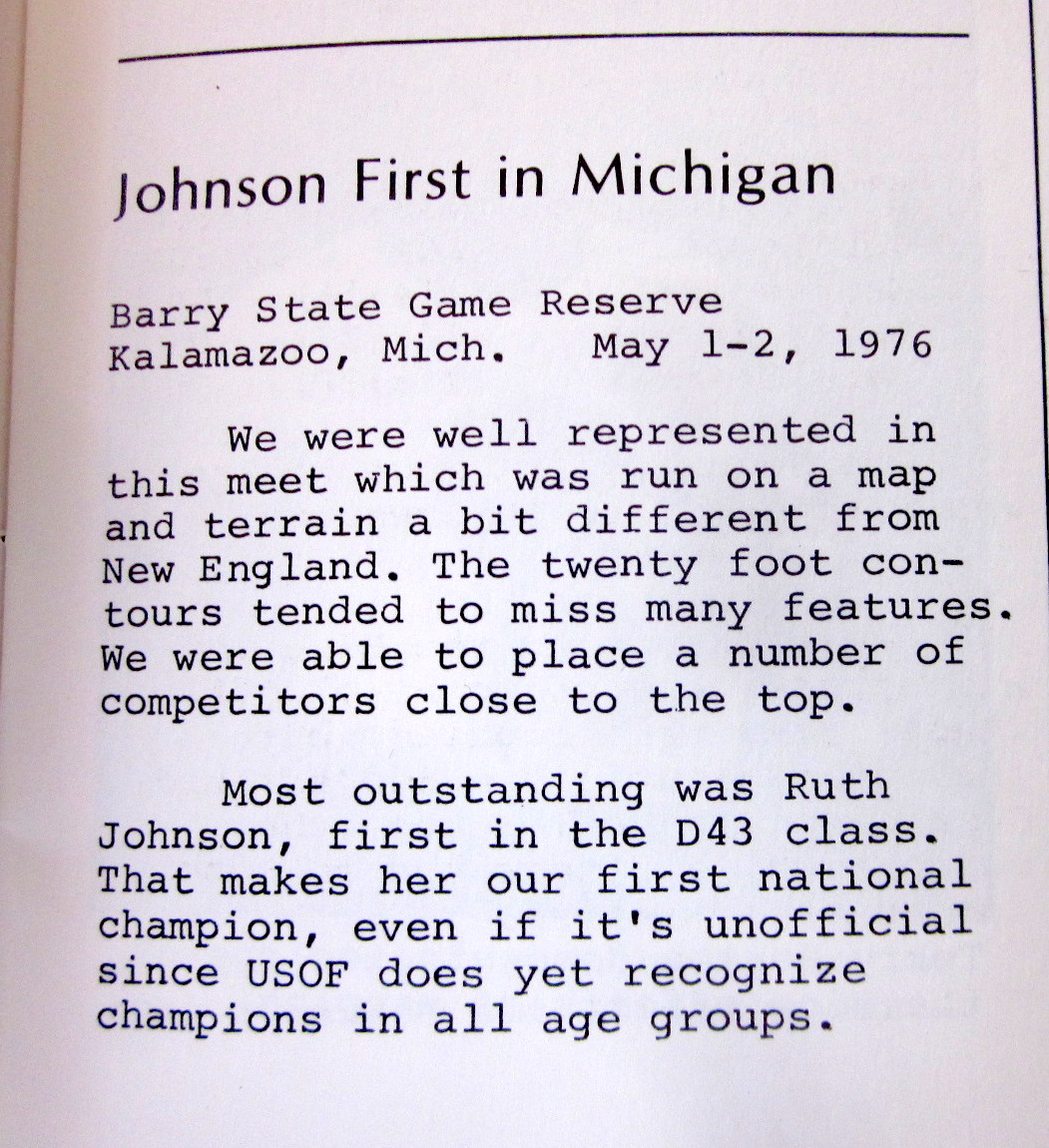 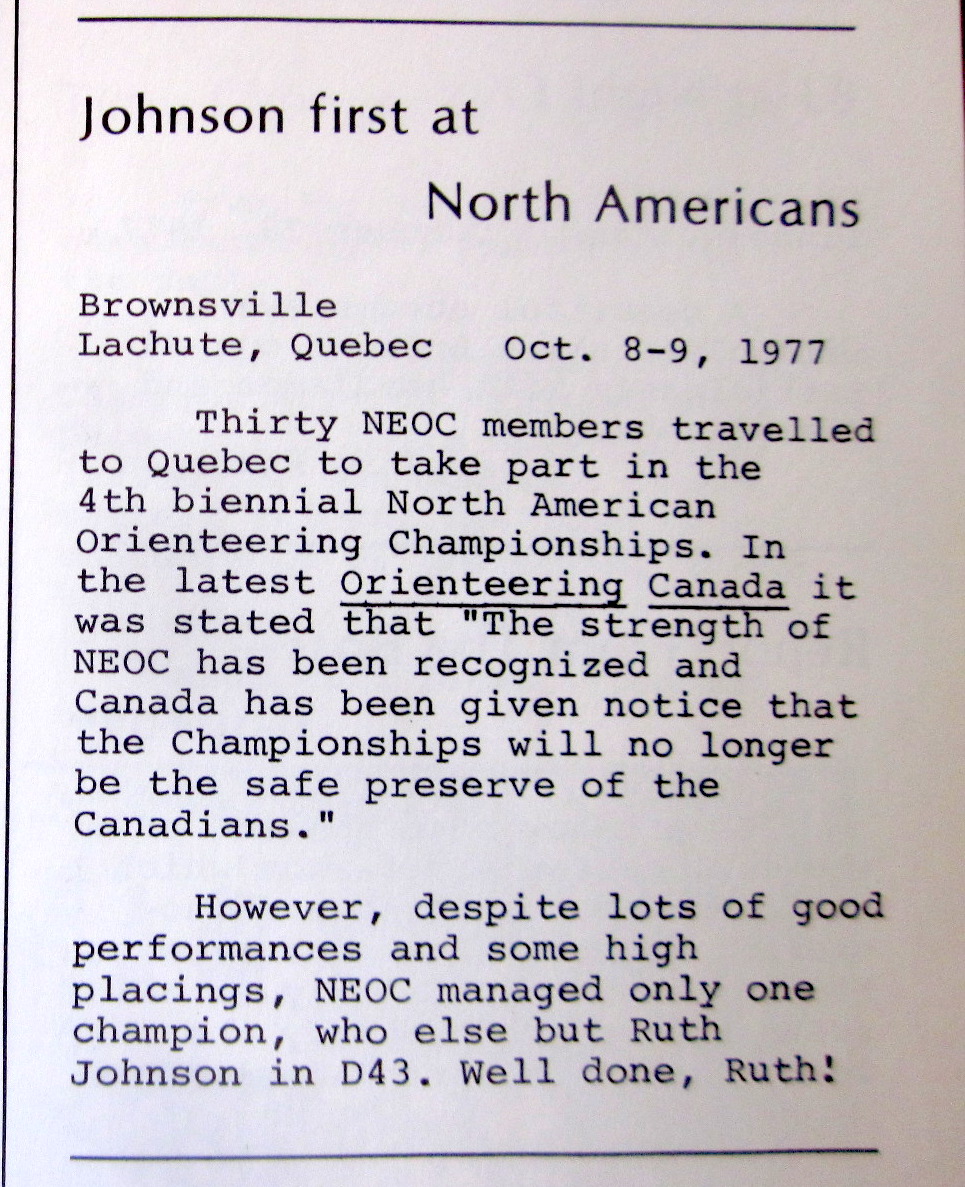 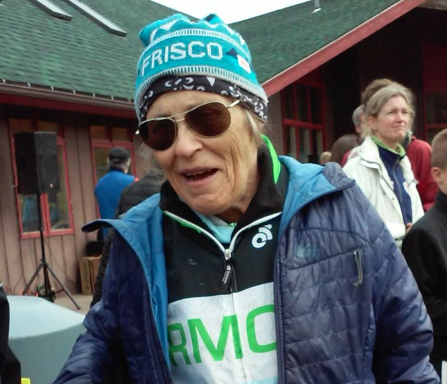 An inspiring profile of Sharon Crawford in today's New York Times.
Although it focuses on her skiing, "orienteering" is mentioned (four times).

Area orienteers who have been around for a while certainly know Sharon. Until she retired and moved to Colorado, she was very active with NEOC, not only as a competitor. Also, she is the sister of our our longtime Treasurer, Jim Crawford.

What map does each image come from?

Choose the map for each of the 12 "snippets" below.
Note that not all of the maps are displayed with North at the top.

Click the button at bottom of the page to reveal the answers.

You must show your 2020 Member Card at registration to get the benefits!
Your member card will be e-mailed to you right after payment (as a .pdf file), and you can easily get another copy sent any time.

Read the details and join/renew now.

Do you see ways to improve the club?

Contact a Meet Director or Board member, and help make a difference.
NEOC is an all-volunteer organization.